A downloadable game for Windows and macOS

You are a Game Designer!

Play as Jun Mizushima, a gaming school student who suffers from "chuunibyou", or "eighth grade syndrome", a condition in which the afflicted genuinely believe that they posses superpowers. Aside from that, Jun is a charismatic young man, who is really determined to create a video game of his own. Join Jun and his eccentric, yet talented, group of friends to win the annual International Youth Game Development Competition!

Jun Mizushima, a senior high school student at High school, is ordinary in every way. Except for the fact that he's the only son of a wealthy businessman. Further, he dabbles in video game development during his spare time. Aside from those, there's one more thing about him that's far from ordinary: he has an ability that makes everything he wishes a reality. Or, so he thinks. Life throws him hurdles and challenges, in the form of a rival group and a looming deadline for the auditions to an international game competition.Jun has to adjust to this terrifying new stage in his life. Will he manage to solve all of his problems using this 'ability' of his, or will he be forced to accept that everything he's ever believed in have been nothing but lies?

If looks could kill, everyone who's ever dared steal a glance at Tsumiki Toyoguchi would be dead in a heartbeat. Despite her beauty, Tsumiki remains humble and down-to-earth. She often doubts her capabilities, especially her skills as a writer. Jun's known her for a very long time, as she's lived with his family since she was a child. Tsumiki lost her parents to an accident at a young age, leaving her homeless and alone, until Jun's parents took her in. This makes her show extreme gratitude towards them, leading her to take up the job of caring for Jun all the time.

Ai Takanashi, a girl whose blank eyes hardly reflect the galaxy of creativity locked away, inside her mind. She enjoys solitude and peace. She's often found sketching on her pad, which she brings everywhere, or looking out into the distance, waiting for a new idea. Despite being a famous artist back in her homeland, she chose to move to Japan anonymously, in order to try her hand out at becoming a mangaka. It's a far cry from the landscapes and portraits she's used to doing.

A talented guitarist and excellent singer. Her hair as fiery as her temper. Yui Kitamura is truly the definition of passion personified. She decided to join Jun's team, because she's always dreamed of hearing her own voice and music in a game. Although she might seem like an arrogant bully at first, Yui can be pretty soft, once you get to know her. She takes pride in everything in her life that she holds dear. Be it her goals, her work, and especially her friends.

Support us on Kickstarter 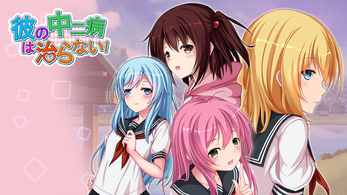 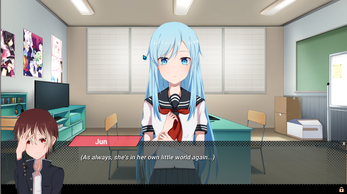 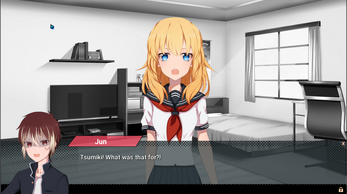 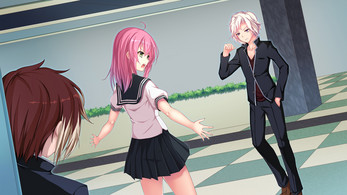